It’s odd to think that Gertrude Jekyll ( there’s the lovely lady herself- frightening, isn’t she?) is one of the most famous gardeners in history, creating over 300 gardens in her lifetime, yet so little remains of her work. But then, that’s the nature of gardens isn’t it- they’re so ephemeral? Stop tending them and, within a couple of years, nature will have almost reclaimed them. There is one garden though that is a faithful reproduction of a Gertrude Jekyll garden- Upton Gray in Hampshire.

It was recreated by a non-gardening ex air stewardess called Rosamund Wallinger who unwittingly purchased the house , unaware of its importance.

Doing a bit of research into the house, she found that the University of California had purchased all of Gertrude Jekyll’s original nineteen plans for the garden, as well as many photographs. This non-gardener soon became a woman obsessed ( as all gardeners do in my experience!)  and so began restoring the garden right down to the very last perennial. See what I mean about obsession? This was the wreck of a garden that Rosamund bought and decided to restore: 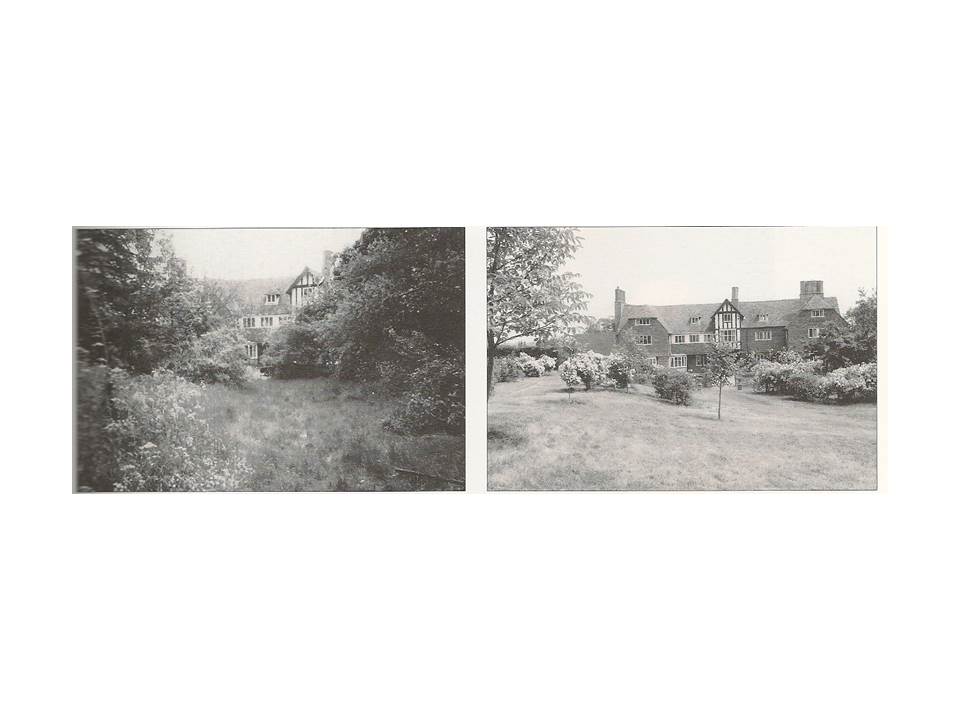 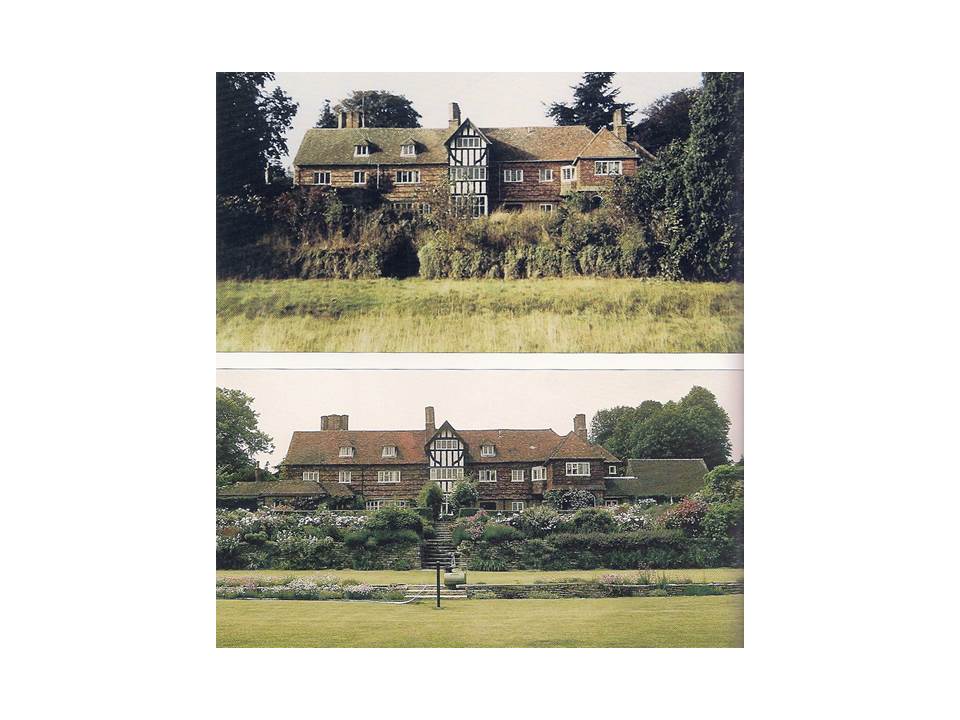 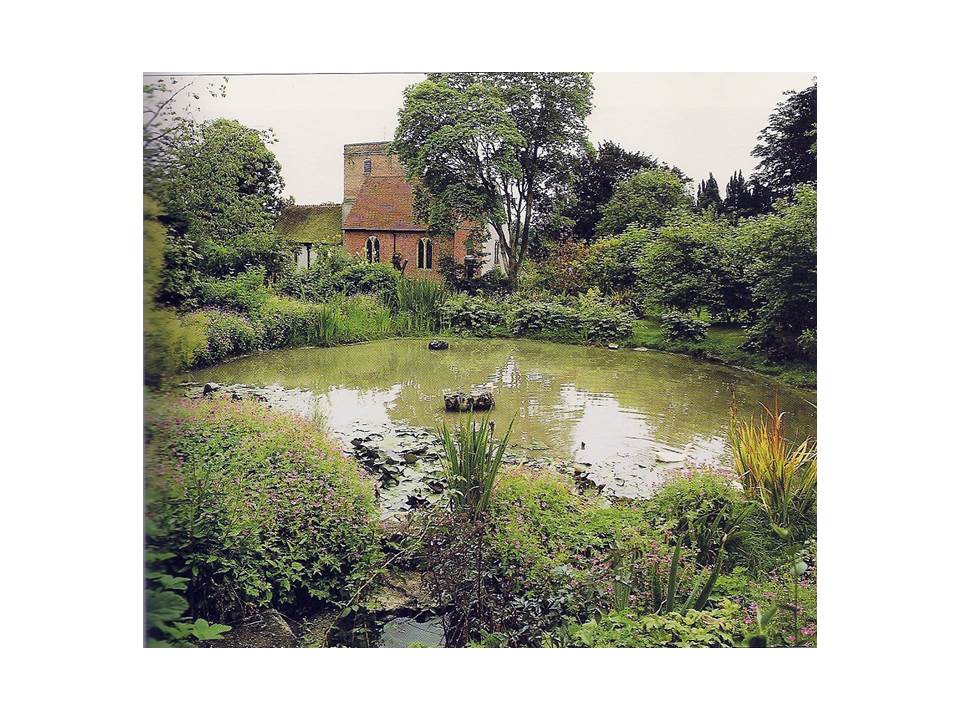 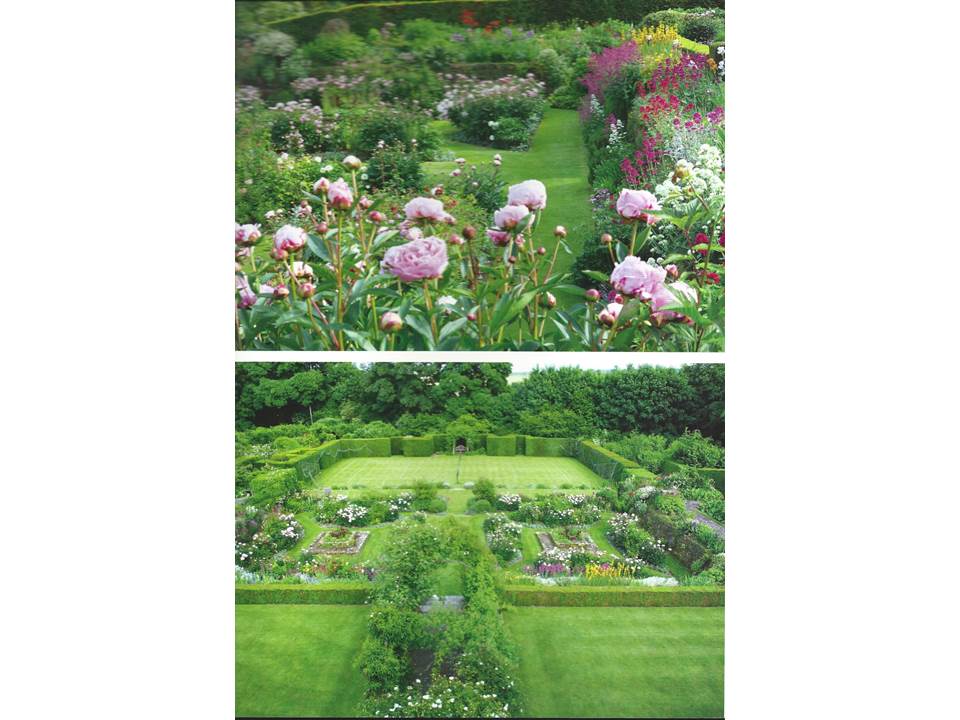 Gertrude Jekyll was 65 when she accepted this commission, nearly blind, and, like most of her garden designs, this was completed at home by correspondence. Rosamund Wallinger is interesting when she points out that designing by correspondence is not without drawbacks, not least when she says that “none of the borders are deep enough and they only look good from above.” Which I suppose is how she drew them, from above, as she looked down onto her piece of paper at home?

I find Gertrude Jekyll fascinating. Born in 1843, she was a well off member of the artistic Arts & Crafts society in S.W.Surrey, but, aged 52, a German eye specialist told her she needed to restrict her range of pursuits or go blind.

Gertrude chose to concentrate on garden design. But the stream of Gertrude’s artistic friends coming to visit her became too much for her mother so she purchased 15 acres across the road ( as you do if you’re very well off) and moved into the first home of her own in her mid fifties, the legendary Munstead Wood. Here it is in 1912:

She set up a plant nursery in her garden to pay for her own gardeners and to supply plants for her many garden design commissions- up to 10 each year. Gertrude Jekyll was obviously quite a severe character, not suffering fools at all. She made it quite clear that she preferred cats to people, once saying:

“ I do not like socializing, and do not wish to waste my time talking to people I do not care about on subjects which do not interest me.” Quite!!!!

Her daily regime was very interesting:

6pm – dinner and drinks and visitors, again surrounded by cats. The cats , whose numbers were into double figures, took precedence over visitors who had to play musical chairs in order to grab an unoccupied seat for themselves. Often they’d find themselves having to stand whilst the cats sat! 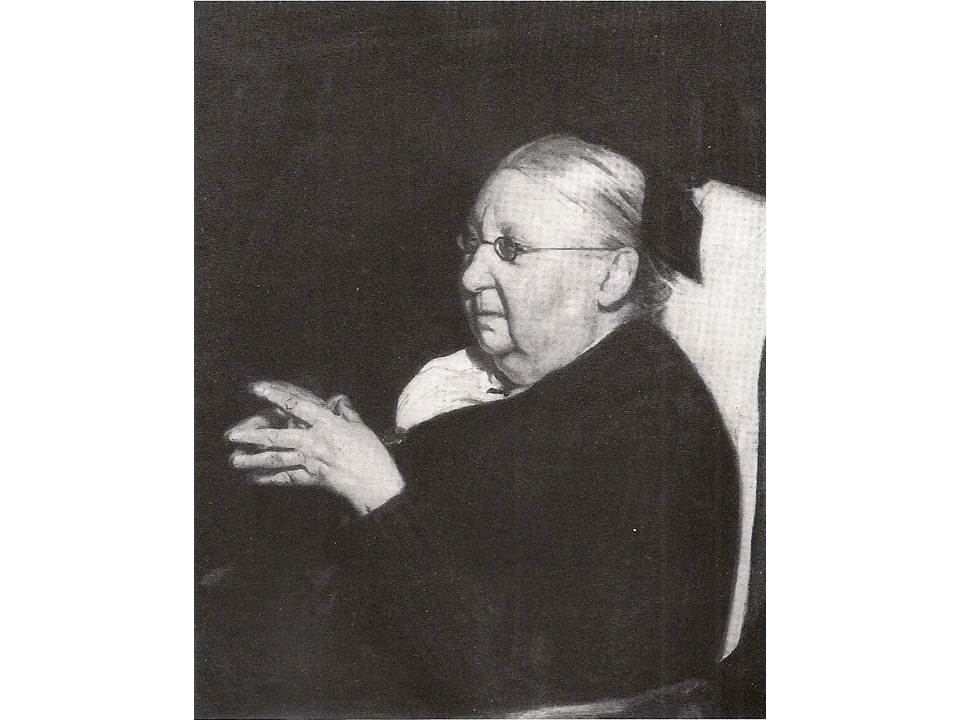 With all that stodgy eating it’s no wonder that Gertrude was a little on the large side, shall we say. In fact when she met the 20 year old architect Edwin Lutyens , seen here,

( when she was 45) he flirtaciously took to calling her ‘Aunt Bumps!’ They went on to form an amazing partnership, creating many beautiful house and garden combinations, of which, sadly, only the houses remain. And Gertrude Jekyll’s  written legacy, of course. But that’s gardening for you- beautiful but ephemeral. Gertrude Jekyll- a gardening legend. 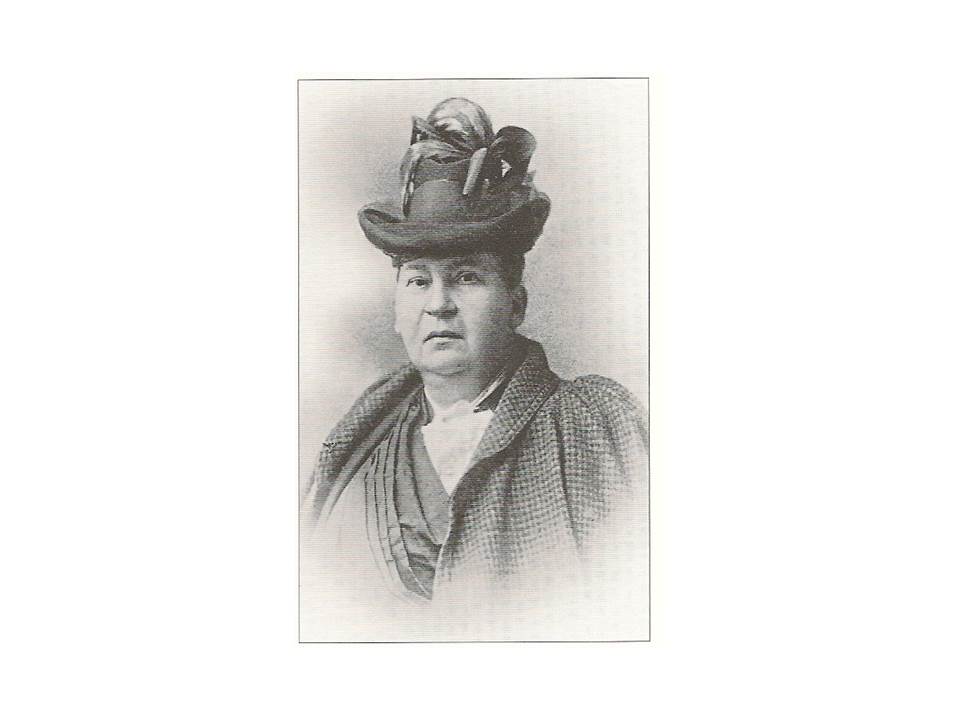